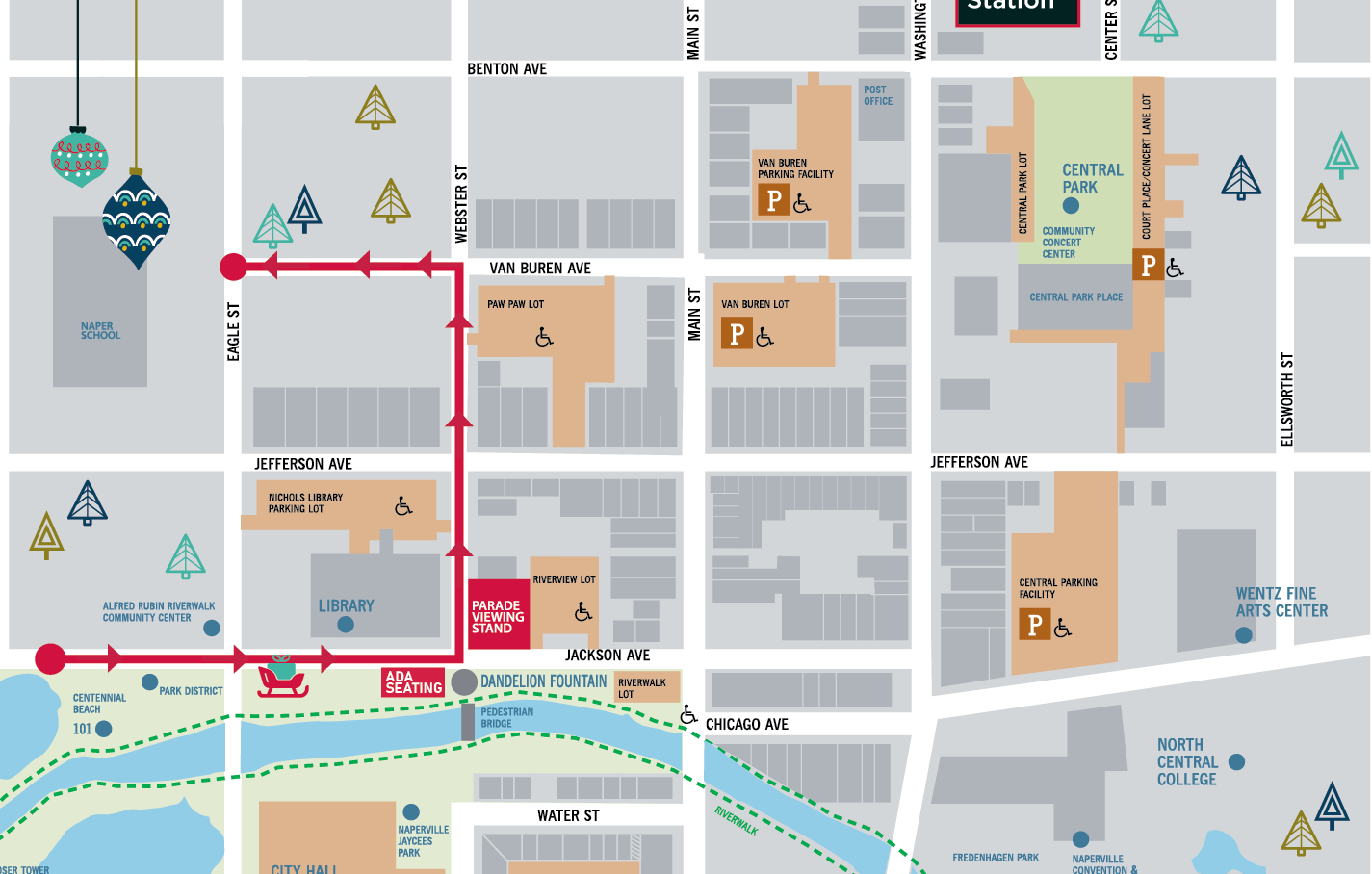 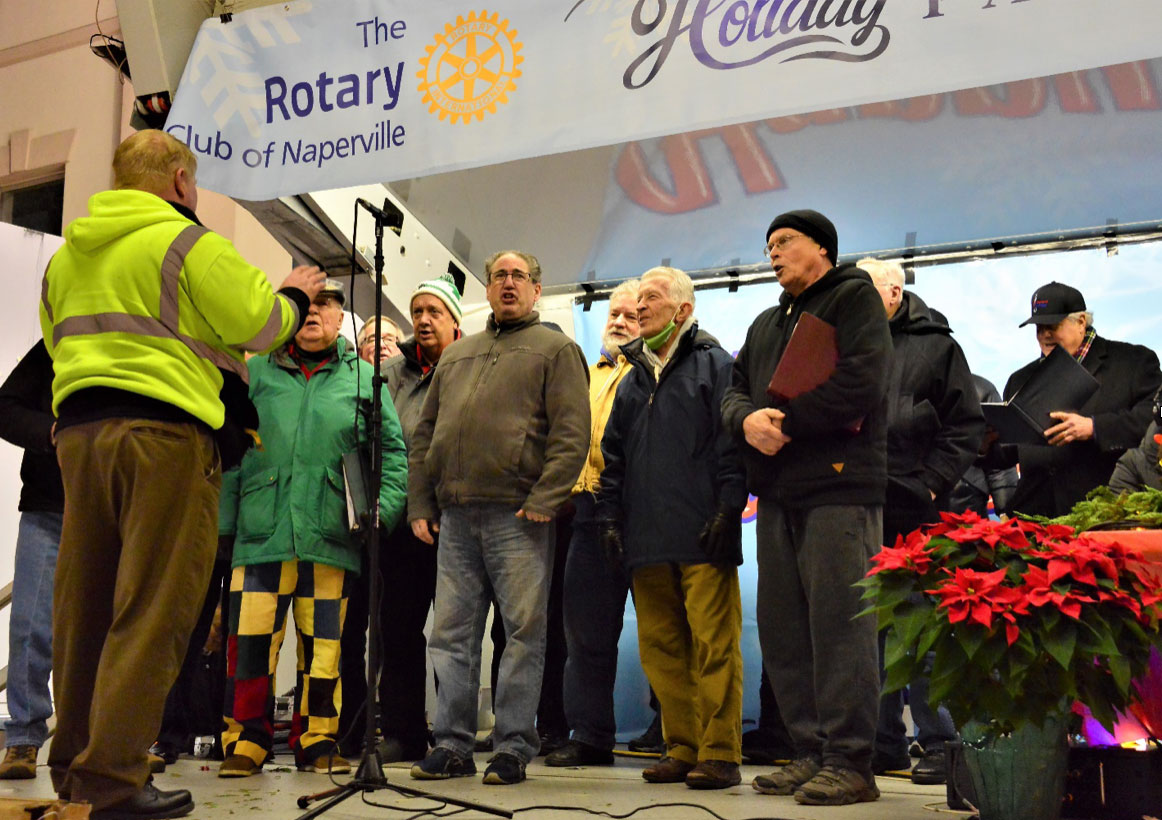 A limited number of entertainment acts will perform starting at 6:40 pm in front of the main reviewing and broadcast stand at the corner of Jackson and Webster Streets. 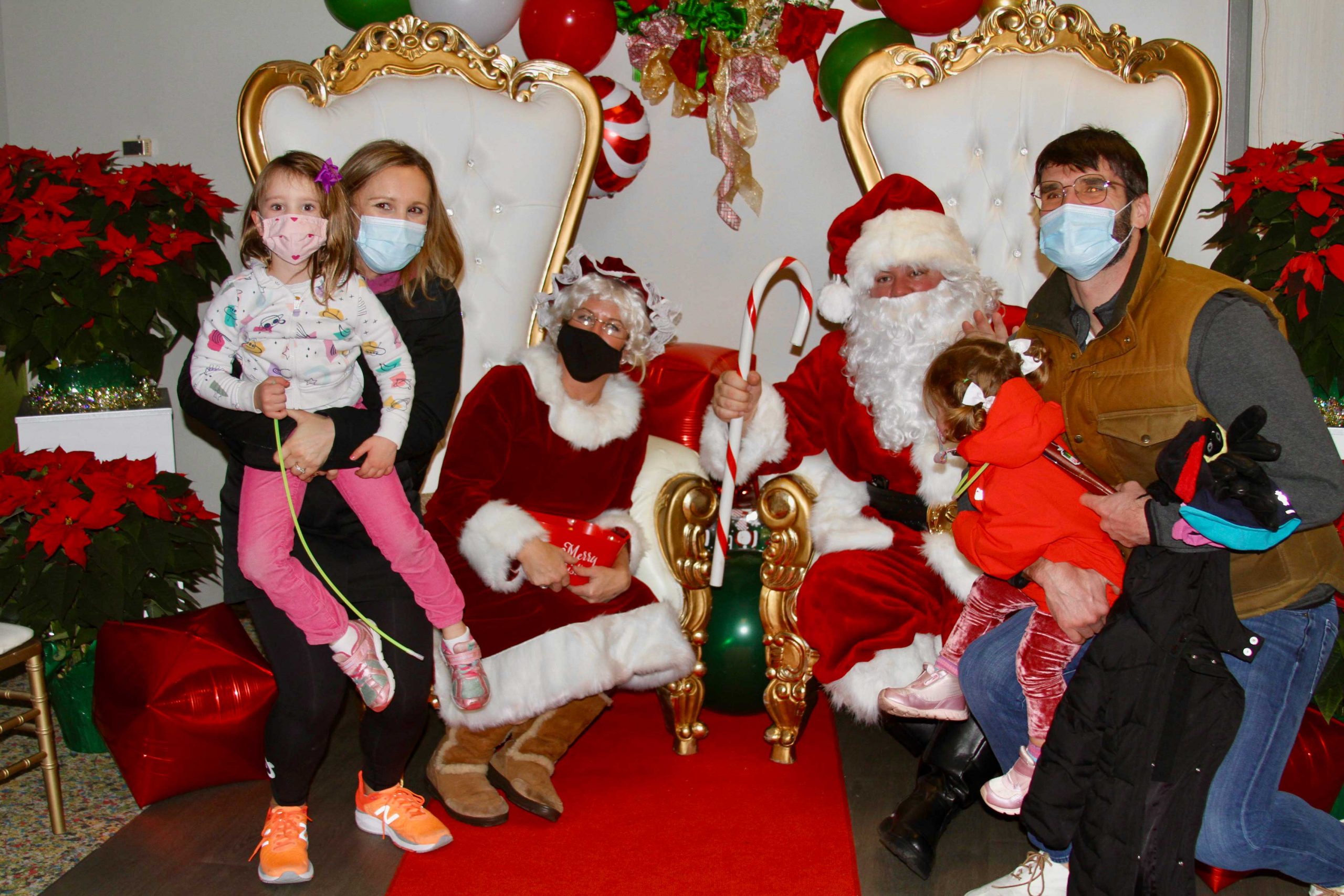 Immediately after the parade, Santa and Mrs. Claus will make their way to the Naperville Public Library Lower Level located at the corner of Jackson and Webster Streets. Santa’s workshop will be recreated inside the building, providing games and activities for children while they wait their turn to visit with Santa and share their special requests for the Holiday Season. This facility will be open unit 9:00 pm.

Parade participants should plan on parking in any of the city lots near downtown Naperville. Each lot provides designated handicap parking spots. Maps and current capacity status can be found here. The Naperville Public Library parking lot is also available.

Parade attendees should plan on arriving early to get a place along the parade route sidewalks. Barriers will be in place to ensure viewers remain on the sidewalk at all times.

A special designated handicap viewing area will be located on the southwest corner of the intersection of Jackson and Webster Streets on the Riverwalk-side, adjacent to the Dandelion fountain. Access is best by parking in the designated spots in the Naperville Municipal Center or Naperville Township parking lots, then proceeding across the James & Harold Moser Covered Bridge.

The parade will be staged in the Beach parking lot located on West Jackson Avenue. The first unit will step-off on Jackson Avenue promptly at 7:00 pm and head east toward downtown Naperville. The parade turns north at Webster Street, where there will be a formal review stand for broadcasting the parade on NCTV. 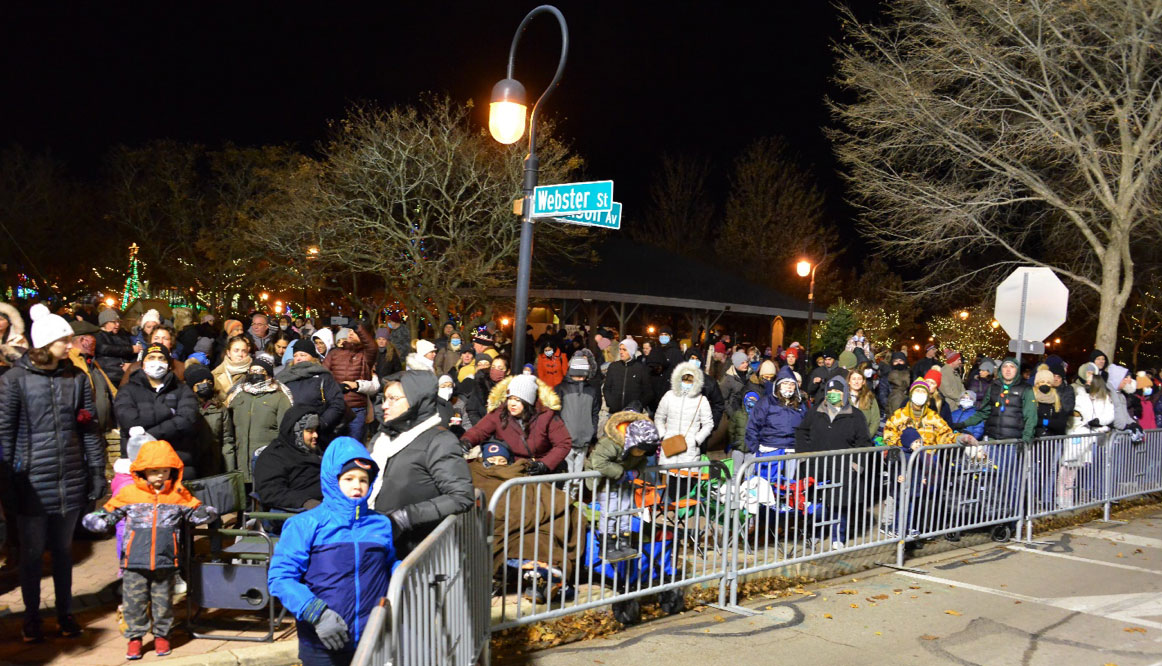